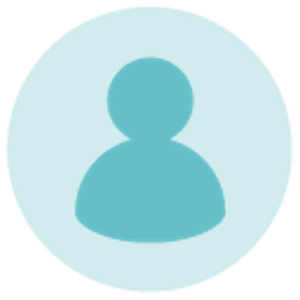 Sebastian Black is a British / NZ musician who was born in 1996 in Colchester. His music has been commissioned by Aldeburgh Music, the BBC, Mahler Foundation (for Het Concertgebouw), Cambridge University and New Music North West.

He studied with Sir George Benjamin at King’s College London for his masters, for which he was awarded the Hilda Margaret Watts Prize. He previously studied at the University of Oxford (under the tuition of Robert Saxton and Jonathan Cross) and Chetham’s School of Music. At courses at Britten Pears Arts, he has studied additionally with composers including Oliver Knussen, Charlotte Bray, Anna Meredith, and Colin Matthews.

Aged only 14, Kollaps, for clarinet and electronics, received its premiere at the Royal Albert Hall, London, by Jordan Black in 2010. This was followed by Five Lorca Settings (Jesus College, Cambridge, 2011), Notturno (Snape Maltings Concert Hall, 2012), and Narcissus (Chetham’s School of Music, Manchester, 2013). More recent works have included Chrysalis (Christ Church, Oxford, 2015, subsequently broadcast on BBC Radio 3), Idyll-Cortège (Sheldonian Theatre, Oxford, 2017), Grand Pas de Cinq (KCL, 2018, and broadcast on Radio 3), and I Heard Nothing But The Roaring Sea (SmorgasChord, 2021). In 2010, he won the BBC Young Composers’ Competition as one of the youngest ever winners.

He has also performed extensively as a pianist and curated music festivals in Manchester and Oxford. As a pianist, he has worked with a large number of composers including Rebecca Saunders, performed for the memorial concert of Peter Maxwell Davies, and performed music by Aldo Clementi at the Aldeburgh Festival. He co-directs SmorgasChord, a festival of the new and the old from all over the world, held annually in Oxford.

He has worked academically on the work of Hans Abrahamsen, George Benjamin, Unsuk Chin, and Oliver Knussen, and on the relationship of Igor Stravinsky with early jazz. An analysis of Hans Abrahamsen’s let me tell you will be published in TEMPO (Cambridge University Press) in 2022. He contributes frequently to publications including India’s Serenade Magazine.

Forthcoming compositional projects include the (postponed) premiere of The Mosaique of the Aire, originally commissioned by the Mahler Foundation for Het Concertgebouw’s Mahler Festival 2020, and a new work for SmorgasChord 2022.

The Mosaique of the Aire

I Heard Nothing But The Roaring Sea

5
0 / 0
We use cookies to enhance your experience. Dismiss this message or find out more here