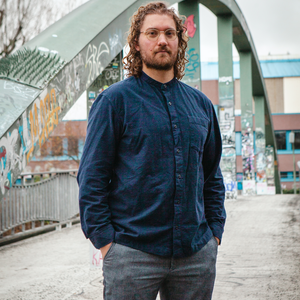 Nik Bohnenberger was born in Bech/Luxembourg on the 19th of January 1994. At the age of five, he began his musical education by taking up the French Horn. In 2009 he attended the Conservatory of Luxembourg where, along with horn and piano, he took classes in singing, chamber music, sight-reading, harmony, counterpoint and musical analysis. From 2013 to 2018 he studied music education at the University of Arts in Berlin with the main subjects horn and composition. After his pedagogical studies Bohnenberger started his composition studies with Elena Mendoza at the University of Arts in Berlin starting Octobre 2018.
He has worked several times with the Luxembourg Military Orchestra and has received commissions by 'Estro Armonico' ('Pyrphoros'; 2015), by the Centre of Contemporary Arts ('nuages vermeils'; 2016) and by the 'Bläserphilharmonie Aachen' ('Energy Transformation'; 2017). In May 2017 his piece for sextuor 'impulsions et factures' was selected to be performed during the contemporary music festival 'Druskomanija' in Vilnius/Lithuania. In 2018, Bohnenberger composed the overture 'Festlechen Optakt' for the official celebration of the Luxembourg National Day which was premiered by the 'Orchestre Philharmonique du Luxembourg'.
Since 2019, Bohnenberger tries to find a new approach between working as a freelance composer and developing new styles and ideas. In his work he is experimenting with extended techniques, electroacoustics, intonation and music theatre in pieces such as 'puls|insomn|asystol' for tuba, bassoon, bass clarinet, percussion and fixed media/live electronics. He composed 'Sollbruchstelle' (cl., sax., vla, vlc.) for the Luxembourg Composition Academy 2020, premiered by 'United Instruments of Lucilin' during 'rainy days' festival in Novembre 2020 and 'creatorni' (fixed media) and 'contrahent' (piano) which were premiered at 'Mehrlicht!Musik' festival in Decembre 2020.
In October 2021, a special project by Bohnenberger was premiered: in '...aber wir sind lebendig...' - commissioned by the 'Neuer Kammerchor Berlin' - he deals with the anti-Semitism in J.S. Bach's St. John Passion. Based on texts by Jewish authors, he has composed a piece for choir, baroque orchestra, soloists and sampler that cuts into the St John Passion, creating a new listening experience of this work.
In Novembre 2021 Bohnenberger participated in the orchestra seminar organized by the 'Brandenburgische Staatsorchester Frankfurt/Oder' with his piece '...und Peitsche'.
Bohnenberger is the co-founder of 'Kollektiv Unruhe' a collective and ensemble for composers and instrumentalists which had its debut concert in September 2021 and featured eight pieces of Berlin-based composers. 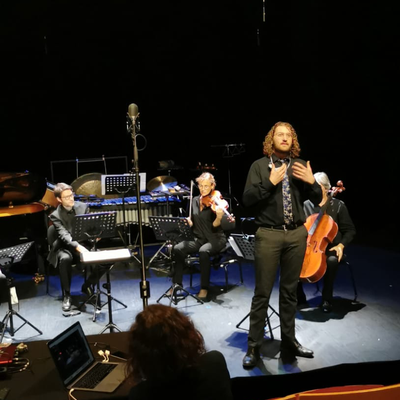