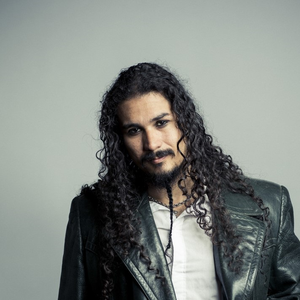 . With 9 years started to compose for piano and chamber music.
. Studied Operasinging in the conservatory A.Buzzolla Adria, Italy.
. Has studied composition and theory in Berlin with John Allisson Campbell, in the University of Music “Franz Liszt” Weimar with Prof. R. Wolschina and Prof. Michael Obst and conducting with Prof. Tibor Istvanffy, Juri Lebedev and Léo Warynski.
. Giordano won some prizes and scholarships like the DAAD Preis, the Graduiertenstipendium of the state of Thuringia (two times), the Studienabschlussförderung of the Franz Liszt Institution, the price of the competition “Klänge Hinter Mauern” with a commission to compose for the musicians of the Kammerakademie Potsdam and was one of the finalists of the international composition competition Città di Udine.
. worked with some orchestras in Germany and in South Korea like the Landeskapelle Eisenach, Thüringer Symphonic Orchestra, DCMF Orchestra in Daegu and the Philharmonic Orchestra of Thuringia as composer and conductor.
. His works were played in many festivals and in different countries like the Pan Music Festival in Seoul, Il Suono Festival in Italy, in the Klangwerkstatt Festival Berlin, in the Daegu Contemporary Music Festival in South Korea, in Paris, in Switzerland, in Belgium, in Lebanon and in the Berliner Pyramidale.
. Many professional chamber ensembles played his pieces like: Ensemble Recherche, Ensemble I Solisti, hand werk, Ensemble Via Nova, Ensemble Junge Musik and Ensemble Miet+.
. do Nascimento has compose and conducted his operas “Lucie”, “Die Marmorpuppe”, “Die schönere Wahrheit” (libretto by Lisa A. Mayer) and “Global Players” (libretto by Lisa A. Mayer) which reached a very positive press quote in the hamburger NMZ – Neue Musikzeitung.
. in June 2018 won for the second time the scholarship Graduiertenstipendium of the state of Thuringia to compose his fifth opera “Die Wahrheitsschwestern” (Libretto by Amanda Lasker-Berlin).
. In summer 2017 and in Spring 2018 he conducted the “Ensemble Via Nova” at the Festival of contemporary music “Il Suono” in Città di Castello and at the “Daegu International Contemporary Music Festival” in South Korea.
. do Nascimento was one-year long conductor of the University Orchestra of the Bauhaus University in Weimar and conducted a chamber ensemble in the Piece “Kaltes Herz” (with scenes of “Rheingold” and “Götterdämmerung” by Richard Wagner) at the German National Theater in Weimar.
Since October 2016 is Giordano one of the directors of the German Composers Association of the State of Thuringia named Via Nova e.V.