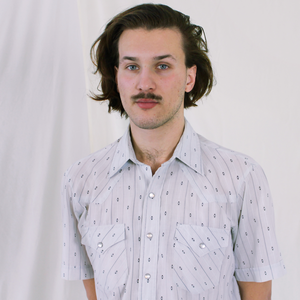 Percussionist, sound artist and composer that explores acoustic phenomena, auditory perception and the interaction between artists’ personal agency, ability and perception and their art interpretation. His current focus is to develop and test a the new automatised method of directing multidisciplinary performances that will be more inclusive of the different media used on stage while enabling a different interpretation of content with each performance.
Since the age of 14, he has been active through a wide range of artistic disciplines (poetry, dance, music and physical performance). During his eight-years stay in Rijeka (Croatia) he completed his studies in electrical engineering science at the Faculty of Engineering “RiTeh”. In 2016, he enrolled at the Giuseppe Tartini Conservatory of Music in Trieste (Italy), where he studied jazz and modern music for the next three years, mainly focusing on the development of rhythmic complexity and improvisation. Under an Erasmus+ scholarship, he continued his studies in Tallinn at the Estonian Academy of Music and Theater, where he researched performing methods in the field of contemporary art. Currently he is studying the European Master Degree in Contemporary Music "CoPeCo" , held between 2020/2022 in Tallinn (Estonia), Stockholm (Sweden), Lyon (France) and Hamburg (Germany).
Over the past 12 years, he has collaborated in more than 30 music projects, sound installations and performances. He has written two research works “Tools for the development of rhythmic complexity” and “Rhythmic analysis of the frequency beating”. In addition, he is a co-founder and organizer of the art festival “All That Jazz” and cultural events “Jazz on Jaz” in Croatia