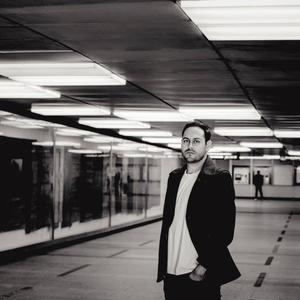 RICARDO TOVAR MATEUS
Ricardo Tovar Mateus is a Colombian composer, performer and curator.
From 2003 to 2006 he was a regular student at the University Pontificia Javeriana in composition and production. Between 2007 and 2016 Ricardo completed his composition studies at the Konservatorium Wien University (now known as MUK) with Christian Minkowitsch (BA – MA graduated with distinction). Concurrently he studied Composition for media at the University of Music and Performing Arts of Vienna with Reinhart Karger (Mag. Art. 2008-16). Currently an electronic arts PhD student at Rensselaer Polytechnic Institute in New York, his research questions audiovisual relationships and their influence in human emotion.
In 2018 he premiered a series of commissioned works at the “Alte Schmiede Wien” (Vienna Austria) and for the International Festival of Modern Art «Two Days and Two Nights of New Music» Odessa, Ukraine. In 2014 his work “De la Marimonda no se debe hablar” written for the Norwegian trio Neon was premiered at the “Festival de la Imagen” in Manizales and at the Sala Museo Nacional in Bogotá, Colombia. Additionally, he was commissioned sound installations for the “Podium Festival Mödling” in 2013, 2014 and in 2017. Also, in 2017 works for the “On-dialogue festival” and the “WU Choir” Vienna.
His piece “The momentum and precipitation” for viola solo was premiered in November 2008 at the Wien Modern festival. In 2009 he won the Joseph Trattner Composition Competition “abstract drinking” with his piece “The other view” (2nd place). In June 2011, he took third place in a competition of the ASFINAG (Soundlogo and Signation music). August 2011, he received at the ISA (International Summer Academy Prague – Vienna-Budapest) won first prize for his play “Lejano Sur (a Soundscape)” for flute, accordion and violin. In 2017 he was awarded a composition stipend by the Federal Chancellery of Austria.
In 2008 and 2012 he participated in the “International Summer Courses for New Music Darmstadt”, where he worked with from composers such as Brian Ferneyhough, Klaus Lang, Isabel Mundry, Marco Stroppa, German Toro Perez, Jennifer Walsche and Jorge Sanchez Chiong. In August 2009 he got the chance to work closely in the master class in composition with Beat Furrer at the international Summer Campus at the Rostock University of Music and Theatre. In 2010 and 2011 he participated in the master class for composition with Nigel Osbourne under the ISA (International Summer Academy). Also, in 2011 we participated as a resident Composer at the crossings festival for contemporary dance in Johannesburg (South Africa). In 2017 he was awarded a scholarship to participate the “Winter Residency” and the “Concert in the 21st century” programme at the Banff Centre for the Arts. Ricardo took part at the Festival Mixture 2018 in Barcelona where he premiered his electroacoustic piece “Fenix” and his participation was planned in 2020 (cancelled due to covid).
In 2019 his piece “Manet & Duranti” premiered as part of the concert “Piano Waves” at EMPAC, His piece “Way up high” for choir presented as part of his seminar on writing choral music at the Javeriana Univeristy in Bogota. “Elegy of a Peace Story" commissioned by the Norwegian Ensemble neoN premiered in the international festival “Muchas musicas” in Buenos Aires and in the contemporary music series “neoN series” in Oslo.
In 2020, His orchestral Piece “Ascension” was planned for April 2020 (cancelled due to covid) The Rhythm Method Quartet premiered “Routine” (online) as part of the concert series Improvised Weapons.

Upcoming projects include for 2021 the premieres of an installation work at EMPAC “And then there was quiet”, “El recuerdo” for The Rhythm Method String Quartet. 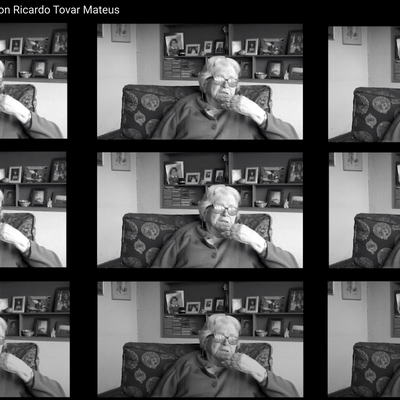