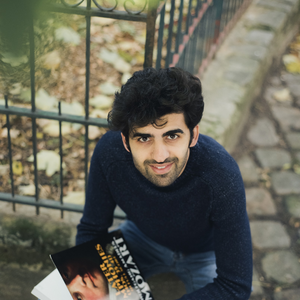 Born in Lebanon, Oussama Mhanna is an instrumental and choral conductor based in Paris. In 2020 he founded the Ensemble Dynamique and has been its music director ever since.

He received his diploma of orchestra conducting from École Normale de Musique in 2021, unanimously awarded by the jury.

During his studies and work, he had the opportunity to conduct several professional orchestras and choirs, including the Giovannile Mediterranea Orchestra in Palermo, United Strings of Europe, the Orchestre de l'Opéra de Massy, Coro Regina Pacis, Gruppo Vocale Euphone, the Musicaria Choir… In September 2021, he was appointed head of the Divertimento Paris Choir.

Oussama Mhanna is very committed to pedagogical transmission and projects of democratization of contemporary music. At the University Paris-Sorbonne, he is the musical director of the «Hamilton Rise Up» project for the 2021 and 2022 seasons in collaboration with Yellow Brick Theater. Since 2019, he has been conducting the Chanterie de Châtillon and is a teacher of collective musical practices – orchestra and choir – at the School
Massillon de Paris. Since 2019, he has also conducted choral singing and ensemble music workshops in many primary schools in Ile-de-France in collaboration with the Orchestre national d'Ile-de-France and Paris Mozart Orchestra.

In March 2022, he was chosen by Martina Batič (Principal Head of the Radio France Choir) to work with her and the Jeune Choeur de Paris - Accentus during his public conducting masterclass at the Conservatoire de Paris.

In parallel to his projects, he is currently studying for a Master of Musicology at University Paris VIII in parallel with his studies of orchestral conducting with Nicolas Brochot at the Conservatoire d'Evry, he is also a student in specialized cycle at the Accademia Direttori di Coro in Palermo.

He studied orchestral direction mainly at the École Normale de Musique de Paris (class of Dominique Rouits and Julien Masmondet) and at
Frédéric Chopin Conservatory (class of Adrian McDonnell). He also attended Stéphane Delplace’s writing class and Anthony Girard’s orchestration class.
After starting playing the piano as a self-taught piano player at the age of 6, he obtained a bachelor’s degree in music and musicology and a bachelor’s degree in teaching at the Antonine University of Baabda in 2014.

In addition to his studies, he has participated in numerous masterclasses of orchestra and choir conducting, notably with Ennio Nicotra, Enzo Marino, Alberto Maniaci and Frank Foncouberte. 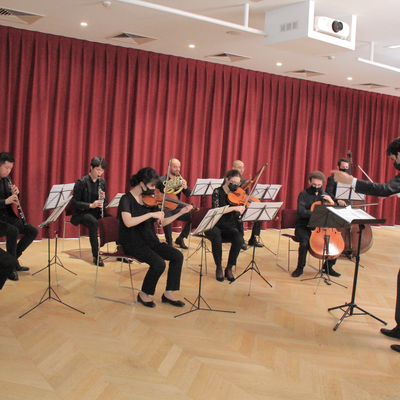 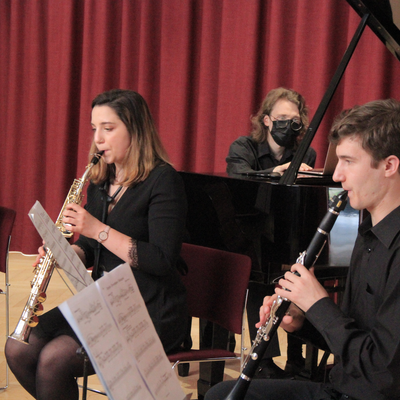 37
0 / 0
We use cookies to enhance your experience. Dismiss this message or find out more here