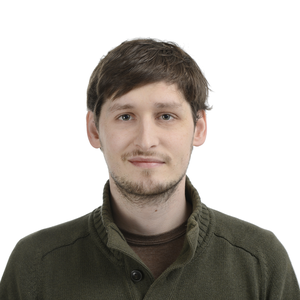 Born in Orange County California, cellist Benjamin Coyte received a Bachelors degree under the tutelage of Bongshin Ko at Cal State University Fullerton. During his studies in the US, he performed with various orchestras and chamber ensembles in the Los Angeles area and founded an orchestra, the Orange County Collegiate Orchestra. The idea of the orchestra was to provide a platform for young composers, conductors, and musicians to perform together.

He moved to Europe in 2013 and received Masters Degrees in solo cello and chamber music under Professor Mario DeSecondi at the Staatliche Hochschule für Musik in Trossingen, Germany. During his studies, he led the Ipso Facto Quartet and the Traffic Trio on tour back to his home state of California, and performed as a duo with Professor Peter Nelson as part of the Bodensee Festival in 2017. He attended various festivals such as the Academy for Contemporary Music in Luzern, the Rutesheim Cello Academy, and was Director’s Assistant for the Borromeo Music Festival in Altdorf, Switzerland.

In addition to performing around Germany as a soloist and chamber musician, Mr. Coyte is Operations Manager for the Alpirsbacher Festival for Early Music and learned the Viola da Gamba. Mr. Coyte has a special interest in the promotion of contemporary chamber music, and as artistic director and cellist of the PULC Ensemble, creates opportunities to showcase and present this unique style of music. The ensemble is a group of international musicians, performing newly written works in collaboration with various young composers. Upcoming collaborations include works for oboe quartet by German and Colombian composers. Pablo Beltrán, Carlos Cárdenas, James Diaz, Steven Heelein, and David Holleber all are current composers for the ensemble.

Currently he studies Culture and Media Management at the Hochschule für Musik und Theater Hamburg and Contemporary Music at the Music Academy FHNW in Basel, Switzerland.