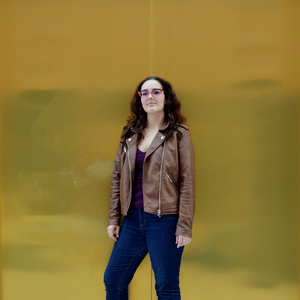 Known for her chameleonic musicianship and fearless performance of new and experimental works, Kelsey Cotton is quickly garnering a reputation as a distinctive and powerful voice within contemporary music. The Australian born vocalist studied at the Sir Zelman Cowen School of Music at Monash University (AUS), where she graduated with her Bachelor of Music (First Class Honours) in 2017.

A passionate champion of new, experimental and Australian works, she is devoted to pushing the boundaries of music and the limits of the human voice. Kelsey has sung numerous world premieres with the ASTRA Chamber Music Society (AUS), debuting works by acclaimed composers such as Vlad-Razvan Baciu, Paul Kopetz and Andrew Byrne. Kelsey had her operatic debut with Victorian Opera in 2017, in Aaron Copland’s politically provocative The Second Hurricane, a production described as “ethereal and… haunting” (Classic Melbourne). She also recently sang the world premiere of Melbourne composer James Christensen’s one-woman chamber opera. Her “complex and detailed” performance in the opera; When I Awoke, was received with great acclaim at Melbourne’s ‘The Butterfly Club’ in January 2018 (Stage Whispers).

In March Kelsey was invited to sing at the inaugural Art as Sound as Art (AaSaA) Exploratory Music Festival at the Royal Whanganui Opera House in New Zealand, where she was a performance fellow. Whilst at the festival Kelsey participated in workshops and seminars, sharing the stage with acclaimed musicians such as Judith Dodsworth (AUS) and Ingrid Culliford (NZ). More recently, Kelsey gave the world premiere performance of ‘Beneath the Surface’; a chamber work for voice and string quartet, composed for her by local Melbourne cellist and composer Luke Severn. This project also marked Kelsey’s debut as a series curator, which she fervently hopes to explore further.

She made her American festival debut at the famous SICPP (Summer Institute for Contemporary Performance Practice) at the New England Conservatory in Boston, Massachusetts in June. Whilst at SICPP Kelsey performed in masterclass hosted by British composer Julian Anderson, and in private recitals in the famous Isabella Stewart Gardner Museum.

Kelsey was recently accepted into a highly competitive post-graduate program at the Estonian Academy of Music and Theatre, where she will study a Masters in Contemporary Performance and Composition.

​ She is currently based in Stockholm, Sweden where she is studying at the Royal College of Music. Kelsey would like to acknowledge the generous support provided her during her studies in Sweden, this project has been assisted by the Australian Government through the Australia Council, its arts funding and advisory body