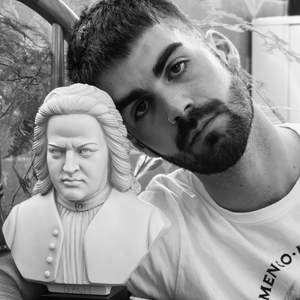 Born in Madrid (1995), A. Crespo Barba is an emergent Spanish artist and composer. He graduated with honors in Contemporary Music Composition at Escuela TAI (Madrid), having studied with Rodrigo Faina and José Javier Peña and where he was awarded with the Beca al talento scholarship. He also studied his Master of Composition at Codarts (Rotterdam) with the Dutch composer Robin de Raaff, having graduated Cum Laude. Besides that, he also attended to lessons and seminars with Peter Eötvös, Toshio Hosokawa, David del Puerto, René Uijlenhoet or Hans Koolmees.
​
His music is a mix of many influences that goes from Radiohead to György Ligeti or the oldest flamenco forms, the latter being the main topic of his most recent works. In addition, his way of thinking about art establishes ideas in common with artist from other disciplines, as he had worked with experimental choreographers, visual artists or fashion designers. He has participated in different festivals in The Netherlands, like Red Sofa!, Grachtenfestival, Gaudeamus Muziekweek or November Music; and abroad, having premiered pieces in other European festivals and events such as Huddersfield Contemporary Music Festival in England, New Baltic Festival in Lithuania, or Crossing Borders in Italy. Since 2019, he is also member of the AMEE (Asociación de Música Electroacústica de España).
​
Apart from his career as a composer he is also a music researcher. His work Rite and identity of the cantaor flamenco in my own musical language has been awarded with the 1st prize of the Codarts Research Festival 2019 and it was finalist for the Research National Competition in Tilburg. This work will be published soon by the International Artistic Research Catalogue.

Awards and recognitions:
​
- Winner of the New Composers Pitch organized by New Music Conference and November Music (s'-Hertogenbosch, The Netherlands)

- Winner of the Call for Scores New notes for James Oesi, organized by Gaudeamus Muziekweek (Utrecht, The Netherlands) 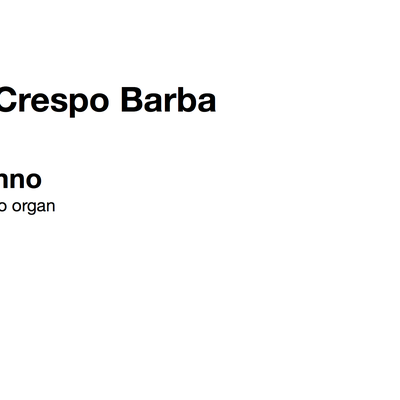