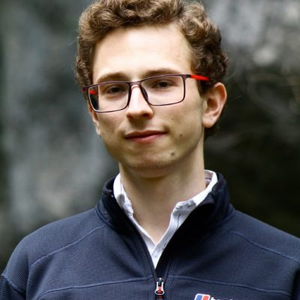 Omer Barash is a composer currently residing in Montreal. He is a Master’s student at the Schulich School of Music of McGill University, studying in the studio of Prof. Philippe Leroux.

Omer's works were commissioned and performed by ensembles and organizations such as Meitar Ensemble and the Israel NK Orchestra (Israel), the Savaria Symphony (Hungary), Duo Ardore (UK) and Trio Arbos (Spain). Forecoming engagements include performances by Ensemble Paramirabo (Canada) and Ensemble Reconsil (Austria).

Omer is a recipient of several prizes and scholarships, among them are the first prize of the 2018 Kopytman Composition Contest, the 2018 Audience Choice prize of the Israel NK Orchestra, a 2018-2019 merit scholarship in composition from the America-Israel Cultural Foundation, and full-tuition scholarships for piano and composition studies from ARPE foundation between 2017-2019.

He received degrees from the Jerusalem Academy of Music and Dance (JAMD), where he studied composition with Dr. Karel Volniansky, Prof. Yinam Leef and Prof. Ari Ben-Shabetai, and piano with Prof. Eitan Globerson.

At the JAMD, Omer was a member of the Tedarim Program focusing on contemporary music under the guidance of Meitar Ensemble, as well as of the Chamber Music Program for outstanding performers at JAMD, supported by the Nazarian foundation.