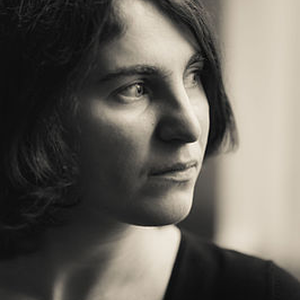 Olga Podgaiskaya, organist and composer, b. 21th Marth 1981 in Karaganda (Khazakhstan) in 1995 were moved to Belarus.

In 2000, she graduated from the Lida Music College - Department of Musicology. In 2005 she graduated from Belarus State Academy of Music in Minsk where she studied composition with Vyacheslav Kuznetsov and the organ with Uladzimir Neudach.  In years 2006 and 2008 obtained master degree and assistantship in composition and organ player.

Laureate of the Grand Premium of the President of the Republic of Belarus (2000) Member of the Belarus Union of Composers (2007) Member of the Belarusian Union of Musicians. Won the second prize at the International competition of organists in (St. Petersburg 2004), and the second prize at the Andrey .Petrov international competition of composers (St. Petersburg, 2010) In the year 2016 she was granted a “Gaude Polonia” scholarship, provided by Polish Ministry of culture and National Heritage, to study in the F. Chopin Music University in Warsaw composition and organ with Dariusz Przybylski.

As an organist, Olga Podgaiskaya has given concerts in many Belarussian cities as well as abroad. New music has pride of place in her repertoire, and she has given numerous first performances of new works.

Olga Podgajskaya is the member of  chamber ensemble named "Five-Storey Ensemble". Cooperate with the alternative theater "Kryly Halopa". Music Director of the International Festival of Contemporary music and silent cinema "KINEMO" Organizer of the ensemble of young composers "Frideriki".