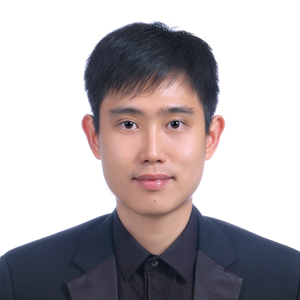 Berlin based Taiwanese conductor Su-Han Yang is the winner of the First Prize and Golden Baton of the 10th International Grzegorz Fitelberg Competition for Conductors in 2017.

Mr. Yang is one of the two selected conductors for the Mentoring Program of Peter Eötvös Contemporary Music Foundation in 2018/19. He studied with Jun Märkl at the Conducting Academy of Pacific Music Festival in 2017. In 2015 he has been selected as one of the four conductors to work with Riccardo Muti at the Italian Opera Academy in Ravenna. In many international conducting masterclasses he studied with Peter Gülke, Yuri Simonov, Jorma Panula, Shao-Chia Lü, Peter Rundel, and Mark Gibson. He graduated from the Hochschule für Musik Hanns Eisler Berlin, the National Taiwan Normal University, and the Tunghai University. He studied conducting with Prof. Christian Ehwald, Prof. Hans-Dieter Baum, Prof. Apo Ching-Hsin Hsu, and Prof. Annie Chung.

Per alas porci by Francisco UBERTO